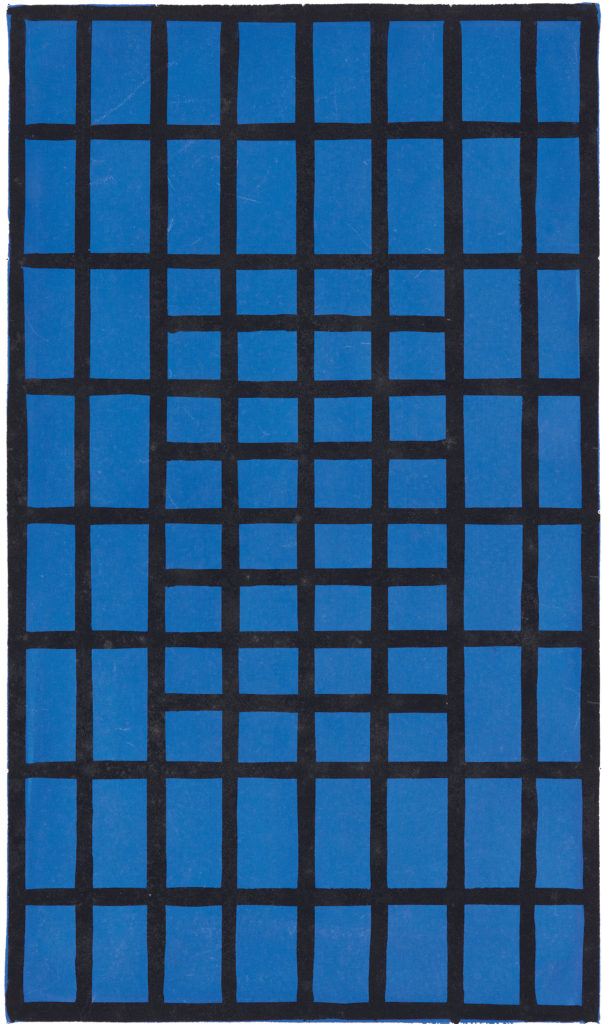 The exhibition, Alfred Latour, Fabric Designer brings together for the first time the mural hangings inspired by the Cistercian Abbey of Fontenay with the various fashion and furnishing designs that Latour produced at the request of the Abbey’s owner, his friend, the design editor Pierre Aynard.

The two men met for the first time in Arles at the end of the nineteen-twenties. Latour had just installed his workshop in a farmhouse in Eygalières, situated at the foot of the Calans in the Alpilles range. It was here that the artist would spend the greater part of his existence in a quest for light and silence. Feeling the very same affinity for this out-of-the-way country, Aynard also took a house there.

The industrialist and silk-maker from Lyon was already familiar with Latour’s reputation as an engraver of genius — in one notable example, he had been commissioned in the nineteen-tens by the painter Émile Bernard (1868-1941) to produce wood-block engravings of his works. By the thirties, Alfred Latour was established as an artist of very considerable reputation. The design editor of the Charles Bianchi silkworks appointed him to succeed Raoul Dufy in the exclusive task of creating designs for the house’s print fabrics in cotton and silk. Latour produced numerous studies which only confirm the breadth of his talent as a draughtsman, engraver and designer. His fluency of line, as well as his facility of composition with flowers and foliage, bear witness to his mastery of motifs in movement — the abstraction of the subject in the rippling of supple materials. (Stencilling was the printing method employed at the time.)  These studies — striking in their modernity — were conceived as much for interior decoration as for fashion.

After the Second World War, Aynard, who had never ceased his interest in his friend’s career, made contact again and invited Latour to work on numerous projects, mostly in the field of haute couture. Reproductions of these fabrics, produced between 1945 and 1952, are now on view in the central area of the monk’s dormitory. Their critical reception at the time was universally enthusiastic, their freshness and gaiety being particularly appreciated. Today, the original samplers constitute part of the Alfred Latour Collection held at the Lyon Museum of Fabrics and the Decorative Arts.

Between 1948 and 1950, the creative relationship between Latour and Aynard took a further and more profound turn when the latter suggested that Latour might undertake a modern-day interpretation of the art of wall-hanging print fabrics. Aynard thus proposed that Latour should produce such fabrics for Fontenay Abbey. The artist drew his inspiration from the Romanesque Abbey’s architectural motifs and stained-glass windows. In the process he extended the initial proposal for mural fabrics to fabrics useable in a number of different ways. Latour was an active member of the Union of Modern Artists (UAM), founded by the architect, Robert Mallet-Stevens. The society’s principles proclaimed the simplicity of materials along with functionality and decorative minimalism. With the help of the François Brunet-Lecomte, the Fontenay fabrics were produced on cotton employing a frame-printing technique. The series of seven fabrics was exhibited at the MAI gallery in Paris in 1951. All their force and innovative energy is still plainly apparent today.

The fabrics exhibited here are print runs produced in the nineteen sixties and nineteen eighties — after the deaths of both Latour and Aynard — and are most probably based on studies donated to Fontenay Abbey by François Brunet-Lecomte.

Fontenay Abbey and the Alfred Latour Foundation are producing a new print run of fabrics based on the 1948 designs; these will be presented here in this dormitory in 2020.